When the pandemic hit in mid-March of last year, parents and educators scrambled to provide somewhat of an education for the millions of students who were forced to leave their campuses and take up some form of remote teaching from their home computers.

Schooling in the Age of a Pandemic

The transition to remote learning was, for the most part, chaotic, ineffective, and inequitable for students across the United States. The massive inequities of public education were exposed.1

Lower-income students were largely impacted, as they had slow or no internet access to enter virtual classrooms, did not have computers at home, or had to share those devices with siblings, and if they had working parents, faced little to no at-home guidance on managing those classes. Meanwhile, families with the means we're able to hire private pod tutors set their students up with home learning stations equipped with the right environment to encourage learning, and buy proper equipment.

Experts2 have acknowledged that the learning gap between students of different demographics has increased exponentially during the COVID-19 pandemic. Students are not only behind academically since they cannot keep up the same pace of learning as is maintained in a traditional classroom setting but are also suffering socially and emotionally.

The stresses of the pandemic were massive for adults and compounded for youth who cannot comprehend what happened. They are isolated from their peers at a time when social growth is essential to development. In addition to students in lower socioeconomic3 demographics, the students most damaged by the closures included English learners and special education students.

Because of the massive negative consequences of remaining closed on campus and engaging in remote learning only, reopening schools became one of the biggest priorities and most debated topics of 2020 (and into 2021).

The Debate Over Safely Reopening Schools

The reopening of schools across the United States has been in discussion since the end of the school year last March. States wanted schools to open for the fall semester, while some in more rural (and less impacted areas) even managed to open in the Spring of 2020. The topic was so important, it was even a point of discussion for both candidates in the 2020 presidential election4. Schools needed to open safely, but they needed to open.

Some of the biggest arguments for remaining closed included that schools were ill-prepared for managing outbreaks, mandating masks and safety precautions among students and staff, inadequate local testing to control the spread, and lack of resources at schools to ensure safety.

Some schools and parents wanted to open to help students find some sense of normalcy and to return students to learning. Others wanted to keep their students at home to continue slowing the spread. What many did not realize prior to the pandemic is that the teachers’ unions across the country have a strong pull, and when they came together, they managed to keep many schools closed longer than their communities desired.

Since last April, unions have been resisting the reopening of schools, arguing that schools were putting teachers at risk by sending them back without having proper plans in place for protection. The unions have been working to ensure precautions and measures are enforced before students fully return. In fact, 11 months after the pandemic, by mid-January, only 58% of students across5 the US have returned to at least some in-person learning, with many schools taking on blended learning options.

As we approach the one-year anniversary of the pandemic hitting the states and causing nation-wide shutdowns, many wonder how it’s possible that so many schools still remain closed to in-person learning. Although districts nationwide have worked with unions to meet some demands, not all the demands of the teachers’ unions can be met. Whether because of district policies, lack of federal or local funding, or personal concerns, the battle has become increasingly tenser.

Former democratic presidential candidate, Michael Bloomberg, recently encouraged Biden’s commitment toward reopening schools. “It's time for Joe Biden to stand up and to say, the kids are the most important things and important players here. And the teachers just are going to have to suck it up and stand up and provide an education,” he stated.

In Chicago, the battle has become so contentious to reopen that teachers are on the verge of a strike, as the union and district6 cannot reach an agreement on terms to reopen. Chicago Mayor, Lori Lightfoot, has expressed frustration and disappointment at the liability for the union to reach a deal, stating that teachers who refused to show up for the originally planned reopening should be locked out of online teaching7.

The longer public schools stay closed, the more irreparable damage is done. Public school funding is based on enrollment numbers. As more families become increasingly frustrated with the inability of schools to reopen, more are opting to send their children to private schools, which have been open much earlier since they don’t fall under the public state school system requirements.

Homeschooling numbers have also increased, with parents preferring to provide an education themselves since the districts are unable to provide proper learning systems for remote learners. As more students leave the public school system, less funding is given to those schools, which further compounds reopening issues. The sooner teacher’s unions are able to reach agreements on safely reopening public schools, the better for all students across the nation. 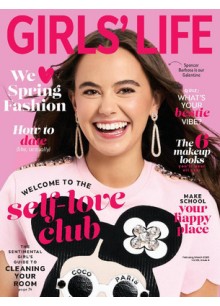 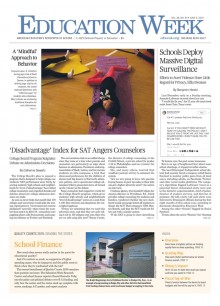 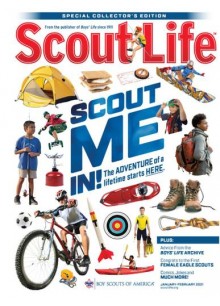