A Girl’s Guide To Football

You’ve probably already noticed that it’s football season as your significant other, spouse, partner or friends are always talking about the latest game or their Fantasy Football draft. Don’t feel left out and instead learn the game! Football isn’t that complicated once you understand what’s happening on the field and can actually be an exciting sport.

Here’s a handy guide to football so that you can at least talk the talk on Sundays. You actually might surprise yourself and like the sport once you know what’s happening!

The Start of The Game

Football is an American sport that is played on a 120-yeard field. You’ll see that it’s divided into 10-yard increments by all the white lines. There’s a total of 100 yards, with 10 yards for each end zone. Players have to cross into this end zone to score their points.

When the coin toss at the beginning is tossed, the team that wins gets to choose either starting off on offense or defense. They’ll also get to choose which end zone they’ll run to. But then at the start of the second half (two quarters in out of the four), the team that lost the original coin toss will now get the decision.

The offense (the team trying to score a touchdown) will receive the ball from the other team’s kicker. Then a player will catch it and run toward his end zone or kneel to indicate that the team just wants to start at the 20-yard line.

Whichever team is on offense will have four downs (or chances) to get at least 10 yards closer to their end zone. During this gameplay, you’ll often hear phrases like “first and 10” or “second and eight,” etc. That means that the team’s offense has the first run to their first down. They now have 10 more yards to go before they get to the next 10-yard increments. So the first number means the number of yards the team has to take the ball to the next down.

Both teams line up on either side of the line of scrimmage, which is where the play will start. The quarterback is the heart of the team and will direct the plays. He either tosses, hands or throws the football. The running back is handed the ball for short passes, while a wide receiver will be thrown the ball down the field for a long pass. A tight-end is a player that the quarterback will toss the ball to, which is a hybrid position between a receiver and a running back.

If a team can’t get a touchdown because they’re not within 20 yards of the end zone, they can kick a field goal. A special group will come in and the kicker will have to kick the ball between the goal lines. Or they can run a play, but risk not scoring at all. With a field goal, they’ll at least get three points on the board if it’s good.

While the offense protects the quarterback or whoever is running the ball, the defense’s goal is to prevent the other team from scoring. They must follow certain rules in order to prevent injuries or unfair play from tackling and blocking. There are three main groups for defense. The defensive line will rush the passer and stop running plays. The linebackers are right behind them and can rush the passer, cover receivers and help defend against the other team from running plays. Then there are the defensive backs, who line up in the back or near the sidelines and are the last line of defense.

Scoring a touchdown is the goal of the game. A touchdown is 6 points while making the field goal is one extra point. But they can also run a two-point conversion if they need more points instead of just one.

And that surmises football. Now if you want to be on top of current news, draft picks and more, subscribe to an NFL football magazine. 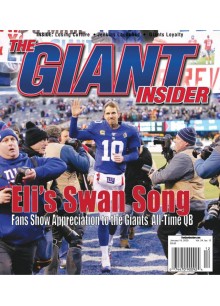 -60%
Giant Insider
It’s time to get on board with The Giant Insider – The only publication devoted to the New York Giants. Subscribe now to The Giant Insider, the public..
$39.99 $99.00
Ex Tax:$39.99
Add to Cart
Add to Wish List Compare this Product
Ask Question 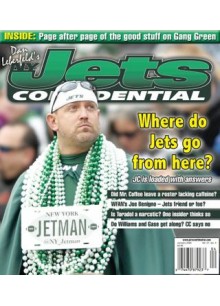 -60%
Jets Confidential
It’s time to get on board with Jets Confidential, the publication Jets fans rely on for expert reporting, analysis and opinion on their favorite team ..
$39.99 $99.00
Ex Tax:$39.99
Add to Cart
Add to Wish List Compare this Product
Ask Question

Wow it seems like this was written just for me, lol. I'm always so confused when my boyfriend watches football! Especially all the starting and stopping that do frequently- it's extremely hard for me to pay attention! Thank you for posting this because I think I can be a bit more attentive now that I understand the game a bit more.